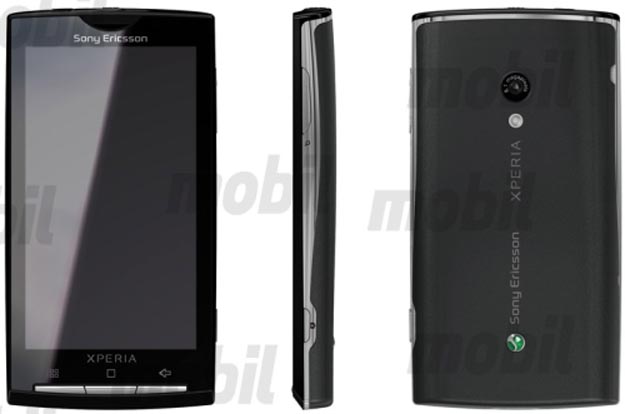 When you glance down at the lower portion of this smartphone, you see that it carries the XPERIA branding. However, what this branding does not show is that the rumored Sony Ericsson Rachael could very well be a Google Android smartphone. And it’s got plenty of awesomeness to boot.

This is certainly “just” a rumor for the time being and the upcoming phone, should it hold up to be true, could also be launched as the Sony Ericsson Rachel (or any other name for that matter). It also won’t come with just any old ‘droid, since we hear it’ll get Android 2.0 (Donut).

The Sony Ericsson Rachael, as the rumors go, will get powered by an extra-speedy 1GHz Qualcomm Snapdragon QSD8250 chip. Other notable features include an 8.1 megapixel camera, 3.5mm headphone jack, and an extra large touchscreen display.

Is this for real or is the Android project from Sony Ericsson still a whole lot of vaporware? We can’t say for sure, but it’s very well possible that Sony Ericsson will official unveil the Rachel (or whatever they choose to call it) before the year draws to a close.