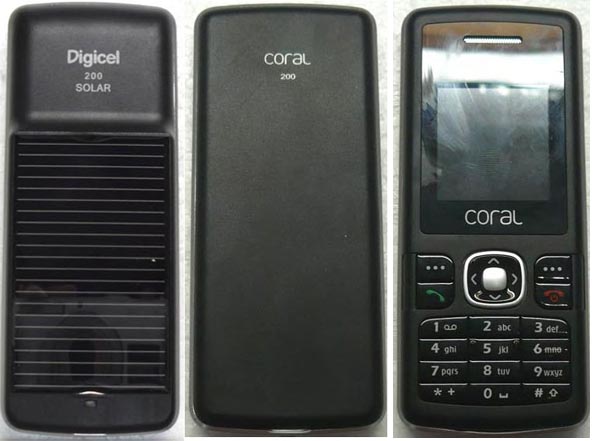 So many cell phones these days suffer from poor battery life, because we are increasingly using them for high-speed mobile web surfing, video recording, Twitter updating, and so much more. Wouldn’t it be nice if your phone could keep charging while you’re on the go? That’s the idea behind this particular handset.

Having a mobile phone equipped with a solar panel isn’t exactly anything new, but it’s far from being the norm or even well-known around these parts. In fact, there has yet to be an official release of a solar phone in North America and that may change with the ZTE Coral 200FM.

The decidedly basic candybar phone has been submitted to the almighty FCC for approval, representing the first solar phone that may be sold through an American carrier. As you may already know, ZTE is a China-based mobile phone maker who is slowly making some headway into the North American market. It already has a sizable chunk of the market share in China.

Aside from the glaringly obvious solar panel covering most of the back of the phone, little else is known about the ZTE Coral 200FM. I don’t expect to find multi-touch, haptic feedback, an accelerometer or anything like that. Based on the images provided, it doesn’t appear to even have a camera!