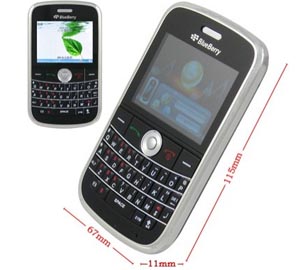 They may be two of the fastest growing emerging markets in the world today, but it seems that they’re not exactly playing nice with one another. We already know that China can be home to a lot of knockoff products and it seems that India has had enough. As such, India is moving to ban the sale of “cheap copy-cat Chinese mobile phones and accessories.”

Part of this has to do with its supposed “efforts to fight terrorism,” but I think this has more to do with the “lobbying by Nokia” and other handset makers who are tired of seeing the fake Chinese knockoffs bite into the sales of legitimate phones. We don’t want to see another Mokia, BlueBerry, or uPhone, right?

This is not only to protect the sales of the “real” phones, but the Indian Cellular Association (ICA) is saying that some of the phones coming from China come with faulty batteries and these can blow up on users. That’s a major safety hazard.

Further still, the phones may not come with a IMEI number, so they become much more difficult to track. That’s where the “fight terrorism” part of the equation comes into play. It is estimated that between one million and 1.5 million Chinese knockoff handsets are imported into India each month.