From a hardware standpoint, I’m totally digging my Nokia E71. It’s a great little smartphone, but the software side of things needs some serious jazzing up. The HTC Sense UI looks great. The iPhone UI looks great. Well, it seems that Nokia is finally looking to update its Symbian core.

Yes, Symbian and Nokia are technically separate, but you and I both know that they may as well be one and the same. I also know that I’m only running S60 3rd Edition, whereas the touch-based S60 5th Edition is supposed to look and feel better, but improvements can still be made.

In line with this, User Interface Technology Manager for The Symbian Foundation Scott Weiss is saying that S60 5th is just a temporary solution. Potentially in the near future, we could be seeing a whole new build based on Symbian. S80, perhaps?

Is this just a new UI or is it a fundamentally new platform altogether? It’s a little hard to say, but devices with the new Symbian-based UI should start popping up by 2011 or so. 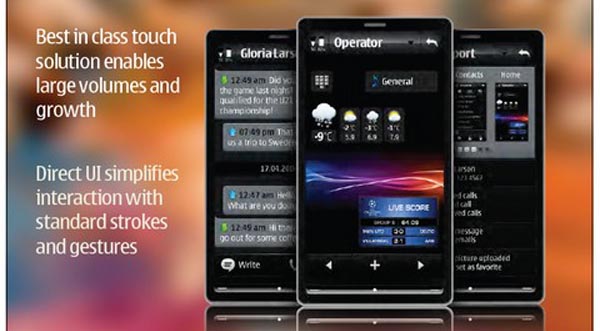