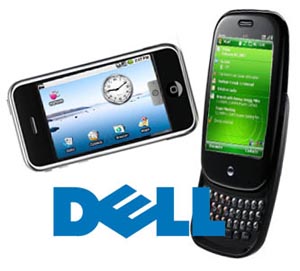 Ever since Dell abandoned the Axim line of PDAs a few years ago, everyone has been wondering when the computer maker would be entering the handheld market again. More recently, we have been hearing all kinds of rumors about an Android smartphone from Dell, but it seems like they might not be making a phone at all.

Rather than competing against the BlackBerry and the iPhone, it seems that the people at Dell have a different market in their sights: the portable media player. In this way, it seems that a new handheld could indeed be coming from Dell, but the pocket-sized device slots up more against the iPod touch.

Running on Google Android, the Dell pocket-sized device will be designed for “tapping into the Internet.” Presumably, it will also come with a range of multimedia and potentiallyl gaming-focused functions as well, much like the iPod touch. It could also be slightly bigger, slotting in against something like the Nokia N810 Internet Tablet.

At this point, everything is little more than hearsay and conjecture. We do hear that the device may come with an ARM-based chip, but the project could be scrapped entirely if things don’t pan out as planned. Other rumors are pointing toward a launch before the end of the year. Go figure.

It is interesting to note that most of the major computer makers of the world are already doing smartphones in some form. HP, Asus, Acer, Lenovo, Toshiba, Samsung… they all have phones. Will Dell change its mind?