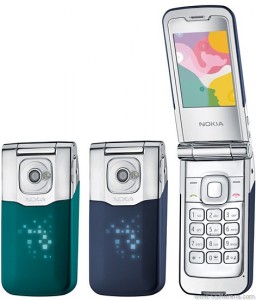 A rose by any other name… Over at Fido, they call it the UNO service. With T-Mobile, it’s called [email protected] With Rogers, they go with TalkSpot and that’s what you’re getting when you consider the “new” Nokia 7510 clamshell phone. Get unlimited phones over your home Wi-Fi network.

This is far from being the fanciest or flashiest phone in the lineup, but it does offer one of the more budget-friendly options should you be interested in the Rogers TalkSpot service. The Nokia 7510 coming to Rogers, aside from some branding, should be the same as the one that has already been selling through T-Mobile USA.

The basic-looking clamshell features interchangeable faceplates for the top, swapping between blue, red, teal, and some other colors. The cool thing is that the outer display is hidden behind these faceplates until it lights up with a pattern, the time, or the number of the incoming call.