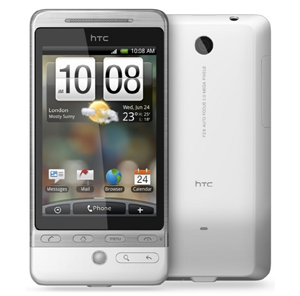 Remember the HTC Hero smartphone that was officially unveiled by HTC yesterday? As it turns out, we may already have a wireless carrier waiting in the wings to release this new Google Android phone. If the Palm Pre isn’t your cup of tea, Sprint may soon have some Android-loving Hero for you instead.

We’ll take this up as a completely unconfirmed report for the time being, but we’re hearing that Spring has Android “positioned squarely in its sights” and the HTC Hero is as likely a candidate as any. Since it is not yet available through other carriers, Sprint could be working on some sort of exclusive on the Hero, just as T-Mobile had with the G1 (Dream).

Again, we’re taking this rumor with a serious grain of salt, but the reports are pointing toward current testing on the part of Sprint with a “planned” release of the HTC Hero on its CDMA-based network some time toward the end of this year.

The interesting thing is that the HTC Hero unveiled yesterday was most definitely a GSM-based model, whereas Sprint cannot do the GSM thing just yet. I wouldn’t rule out the possibility of HTC doing a CDMA swap for Sprint though.

In addition to the HTC Hero, it seems that Google Android could be coming to Sprint in the form of a new Samsung handset. This yet unnamed phone will do WiMAX and CDMA.