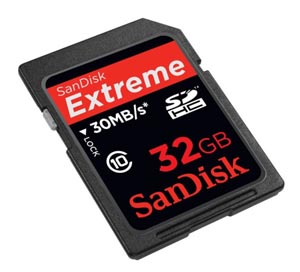 It’s just not enough to boast an impressive amount of storage on a postage stamp-sized memory card any more. You need that memory to be fast on the draw, both in terms of writing and reading. We know. That’s why we are now seeing the SanDisk Extreme SDHC card with 32GB of storage and a claimed 30MB/sec data access speed.

Many of the SDHC cards that you see on the market top out at about a class 6, guaranteeing that you will get at least a 6MB/sec read/write time on the card. Some of the cheaper SDHC variants may only give you a class 2 or a class 4. Not this card. The newest SDHC card from SanDisk is a whopping class 10.

That guarantees a minimum 10MB/sec transfer speed with bursts up to its claimed 30MB/sec speed. This may sound almost like overkill for the majority of point-and-shoot cameras and that kind of thing, but you have to remember that high-definition video camcorders can use this memory too. It’s also great for DSLRs with speedy burst rates.

There’s no word on pricing for now, but SanDisk has indicated that its 32GB Class 10 SDHC card will start shipping to retailers in August. At the same time, the smaller capacity cards (4GB, 8GB, and 16GB) from the SanDisk Extreme SDHC line will also be upgraded from Class 6 to Class 10. 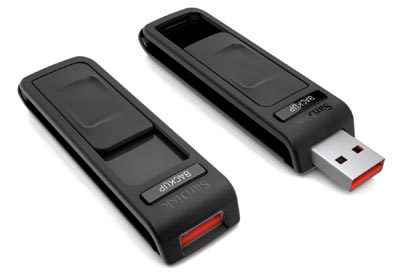