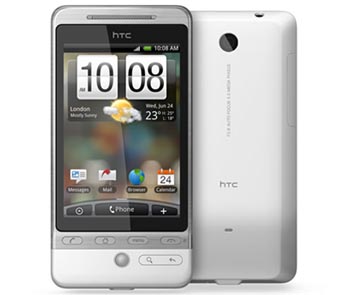 When it came to Windows Mobile, the folks at HTC weren’t exactly pleased with the raw Windows Mobile interface. As such, they worked to develop what we later knew as the TouchFLO 3D interface, which was laid over top of Windows Mobile to provide a better user experience. Now HTC has done the same with Google Android, revealing the HTC Sense UI for the new HTC Hero.

On the surface, the new HTC Hero smartphone will look a lot like the HTC Magic that was recently made available to several markets around the world, including Canada via Rogers Wireless. It’s a touchscreen-only phone with that characteristic protruding chin.

Pretty well all of the specs and features have been upgraded, including the 3.2-inch HVGA fingerprint-resistant screen, five megapixel autofocus camera, microSD expansion slot, gravity sensor, digital compass, GPS, and a dedicated searcch button that “goes beyond basic search.” This can be used with Twitter Search as well.

The most critical difference, however, is the introduction of the HTC Sense UI. This user interface that works over top of the Google Android framework fills the phone with your choice of widgets and social network integration. You also get “Scenes” that alter the phone slightly based on your needs during each period of the day. You’ve got a work scene, a play scene, and so on.

Check out the embedded video below for a closer look at the HTC Hero. Should Apple be worried? Maybe.