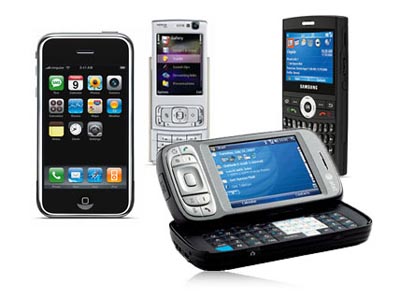 It’s almost a misnomer to refer to these handsets simply as cell phones any more, because we use them just as often as cameras, MP3 players, portable web surfers, pocket organizers, calculators, flashlights, and so much more. As it turns out, though, most people are getting overwhelmed by all these features.

Even if we cast aside the additional functionality and utility of smartphones for a moment, 61 percent of those surveyed by a mobile phone recycling company said that there are too many unnecessary features on their mobile phones today compared to ten years ago. I know my parents fall into that demographic.

In this way, we may have our ongoing debate for smartphone supremacy, but that may be a smaller part of the market than we thought. Unless someone comes up with a feature-poor but remarkably simple smartphone.

“People think they care about ‘pixels’ or ‘megabits’ when in fact they just want mobiles that are easy to use,” said Fonebank director Mark Harrison. “Calling and texting remain the primary functions of mobiles, with web surfing, emailing and music capabilities relatively unimportant.”