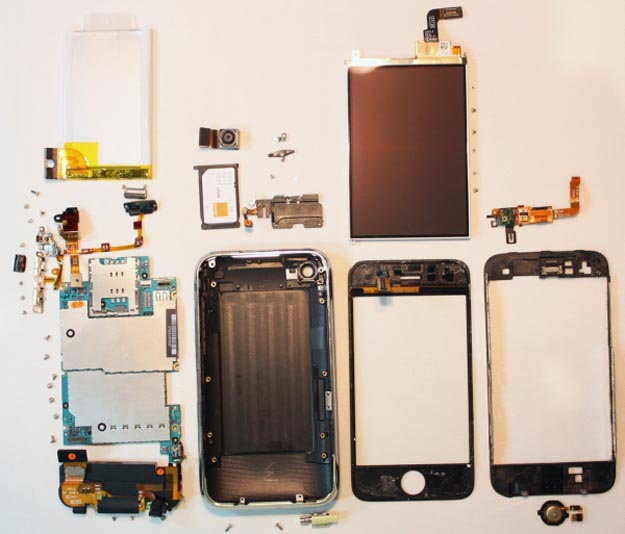 Unless you’ve been living under a rock for the last couple fo months, you should know that today is the big day for the new iPhone 3G S. It may look identical to the iPhone 3G from the outside, but this phone is supposed to come with new features, a faster processor, and other goodies. And it’s available as of today.

For the folks in the United States, they can nab the iPhone 3G S through their favorite AT&T retailer. Up here in Canada, Apple enthusiasts have their choice of either Fido or Rogers, although they’re basically the same company.

Among the new features are a digital compass, upgraded 3MP camera with video, overall faster speed, cut-and-paste, and voice control. That’s all well and good, but what does it look like on the inside?

Even though the iPhone 3G S has only been officially available as of this morning, the crazy kooks at Rapid Repair have already put together a dismantling guide for the touchscreen handset. Peering inside, we discover a new architecture that includes a 600MHz Cortex A8 processor (vs. 400MHz ARM v7 in the iPhone 3G) and double the RAM (256MB) compared to older models.

Did you line up to get an iPhone 3G S this morning? Why or why not?