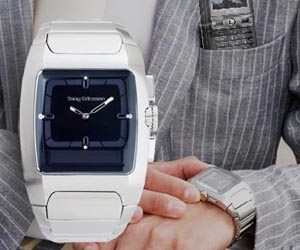 As with so many other holidays on our calendars these days, Father’s Day may have snuck up on you and now you find yourself scrambling to find just the right gift. I could be completely off the ball here, but I’m thinking that dear ol’ dad doesn’t want to add yet another tie to his ever-growing collection. Whether he’s a technophobe or someone who is totally into digital gear, getting an appropriate gadget gift just may be the ticket to a happy Father’s Day. 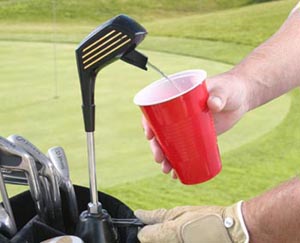 Each dad is going to be a little different, so you’ll want to cater your present ideas to the particular preferences of your paternal figure. Here are five suggestions to get you pointed in (hopefully) the right direction.

Is your dad the type who enjoys spending a day out on the links with his buddies? While you could certainly equip him with a wide range of functional golf gadgets that may help with improving his game or bettering his ability to read the green, the Designated Driver Kooler Klub easily trumps them in the cool department (no pun intended).

As you can see from the picture provided, this is a drink dispenser disguised as a golf club. This way, your dad can toss in some ice cold water (or a particular brewed beverage fitting for the course) into his bag along with his five iron and sand wedge. The Kooler Klub can hold up to 48 ounces of bevvie.

Bond. James Bond. There’s a good chance that many of the fathers in the audience had a favorite James Bond, whether it be Pierce Brosnan, Sean Connery, or Roger Moore. The international man of mystery was suave, took his drinks stiff, and had hi way with the women. He also had a huge supply of technologically advanced gadgetry.

The concept of Bluetooth technology usually turns to headsets, but you can really wow your pop with the Sony Ericsson Bluetooth Watch MBW-100. It’s not a brand new product any more, but it’s still just as awesome as it’s ever been. This is a seemingly normal watch, but the Bluetooth integration allows for wireless call handling, music player control, and more.

The OLED display is absolutely gorgeous and it allows dad to check his phone without having to take the handset out of his jacket pocket. The Sony Ericsson Bluetooth Watch sells for $399. 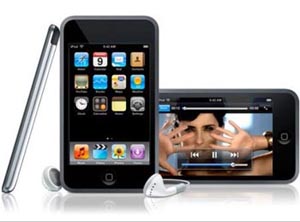 There aren’t too many people who are going to disagree with you if you were to say that the Apple iPod touch is quite possibly the coolest MP3 player on the market. It does so much more than just play music and it looks super slick while doing it. The key difference between getting your dad an iPod touch or an iPhone is that the latter typically comes with a contract. That’s not good for fatherly relations.

You’ve probably heard about the iPod touch ad nauseum, but in case you need a quite refresher, here are a few highlights. The iPod touch comes with a large multi-touch display for navigating through the various functions and downloadable apps. The accelerometer and touchscreen work in tandem for a range of games, and dad can watch all of his movies and videos on the big screen too.

There are also three sizes of iPod touch depending on your budget. At the top of the range is the 32GB model for $399 (and free shipping). If you’re looking to pinch a couple more pennies, you can opt for either the 8GB or 16GB variants for $229 and $299, respectively. 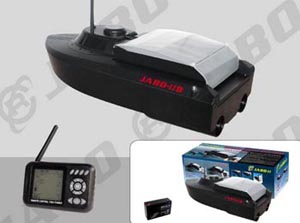 Maybe your dad isn’t the kind who wants to spend an afternoon playing golf with his colleagues from the office. Maybe father isn’t one to aspire to the espionage-leading ways of James Bond. Maybe he’s not interested in a fancy-schmancy portable music player, because the tape deck in his truck suits him just fine. Nope, dad could be more of the outdoorsy type… but that doesn’t mean he can’t get into gadgets.

If your dad likes to fish, it may not be too bad of an idea to consider a Remote Control Bait Boat like the Jabo-2b from Jabo Electronic of Hong Kong. This may look like just another R/C boat, but it comes with a supersonic fish finder.

This way, when dad goes out for his weekend fishing trip, he can pack along this seemingly toy boat and find all the fish in the lake well before his companions even have their lures set up for the day. Pricing, as far as I can tell, ranges from $100 to $250 for one of these boats. 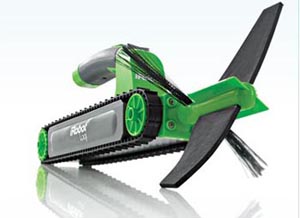 The best known iRobot product is the Roomba, which is used to vacuum the floors of your home, but they also have the iRobot Looj 120. This device comes equipped with tank-like treads that will transverse those dangerous gutters lining your house. At the same time, a spinning set of bristles “blasts through debris, clogs, and sludge and brushes gutters clean.”

That sounds a lot better than taking out a set of work gloves and pulling out all that stuff by hand, right? This also means that dad won’t have to keep repositioning the ladder either.