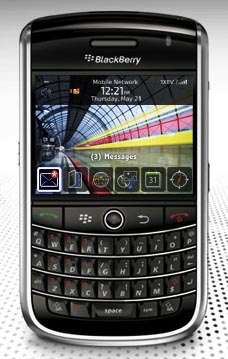 The BlackBerry 9630 Tour was officially confirmed for arrival at Sprint later on this summer, though the wireless carrier didn’t make any formal indication as to an exact date. Even so, “late summer” would have it coming in August at the latest, right? That’s not horrible.

In terms of pricing, Sprint also said that the BlackBerry Tour would be made available at $199.99, assuming that customers are willing to go through a $100 mail-in rebate and lock down to a new two-year contract.

The specs, in case you missed them, include a 480×360 display, 3.2 megapixel camera with image stabilization, GPS, Bluetooth, and 3.5mm headphone jack. Even though Sprint isn’t a GSM carrier, the Tour will gain international roaming via UMTS/HSDPA 2100, and quad-band GSM/GPRS/EDGE.

What about a BlackBerry 9630 Tour for Verizon? We know it’s going there too, but the checkmark of a provider hasn’t firmed up a release date either. A mid-July launch is the current estimate.