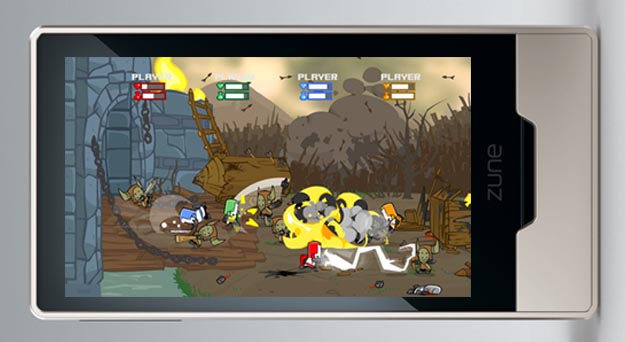 For those of you who have been reading Mobile Magazine for a little while, you may already know my opinion on the whole Zune vs. iPod situation. The Apple iPod is most definitely the dominant force in the portable music player department and for good reason. The devices are arguably the most attractive, the easiest to use, and the best built.

Even though the Zune family is no slouch, it always feels like it is one step behind what is going on with Apple. The flash-based Zunes didn’t come around until the second generation and even then, they felt like they were lagging behind the iPod nano.

It may seem that Microsoft is doing the same thing with the recently announced ZuneHD, which will compete against the iPod touch in the touchscreen media player arena, but the team in Redmond may have more than a few tricks up their sleeves for this round. 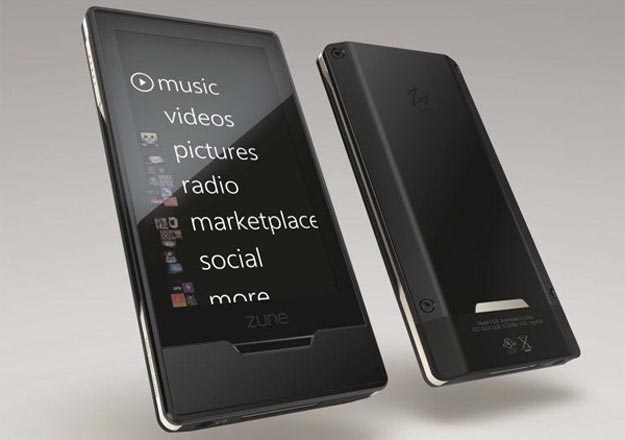 In case you didn’t catch the press release earlier this week, the Microsoft ZuneHD is going to be the first touchscreen Zune and it’ll come equipped with all sorts of upgrades. It’ll have an accelerometer for automatic orientation of the screen, a Wi-Fi connection that’s less crippled, and that aforementioned touchscreen display. It’ll come preloaded with an IE-based web browser, which was sorely lacking in previous Zunes (all of which already had Wi-Fi), and it’ll have HD.

Before we go any further, perhaps there is a need for some clarification. The HD in Zune HD does not refer to having a high-definition display. The screen resolution on the Zune HD, while certainly improved over earlier iterations, is not high-def. However, you do get access to HD Radio (which is better than FM radio) and the ZuneHD will have 720p video output. This way, you can connect the device to your HDTV and watch videos on the big screen in high-def.

But that’s not why I think the ZuneHD could be a real game-changer for Microsoft. Instead, I think it’s going to be one of the biggest steps forward for that whole Live Anywhere thing that they’ve been talking about for some time now. In effect, you will start see greater cross-integration with the different Microsoft storefronts and online services.

More specifically, the Xbox 360 will gain access to the same Zune Marketplace as the Zune HD, accessing the same video and music content. This removes the need for a separate Xbox Video marketplace and possibly allows for the content to be viewable on both accounts, which would now be integrated with one another. Buy a movie on the Zune, watch it on the Xbox. If this holds true, you’d also be able to watch that video content on your desktop computer as well. One integrated account.

Why would Microsoft announce the ZuneHD this week when it won’t be ready until the fall? Well, the E3 Expo is taking place next week and it provides the perfect platform to make a video game-related announcement. I feel that, at E3, Microsoft will announce some form of the Xbox Live Arcade for the Zune HD. This will function in a similar fashion as Apple’s App Store, except it will link back to the Xbox as well as the Zune. Wouldn’t it be awesome to have Castle Crashers on the go? Braid? Peggle? Super Street Fighter II Turbo HD Remix?

Since the Zune HD has a touchscreen, I expect the controls will be implemented as semi-transparent virtual buttons on the display. This is much like some of the games you find on the iPhone and iPod touch. I find it unlikely that Microsoft would issue some sort of added gaming accessory for the ZuneHD to give it more conventional controls, but that’s a very real possibility as well.

Will the ZuneHD, with the added support of Xbox integration, be enough to propel Microsoft’s portable player above the iPod? Probably not, but it certainly can’t hurt. As it stands, the ZuneHD could very well be the Microsoft xYz handheld that we’ve been hearing about. And that’s just fine by me.