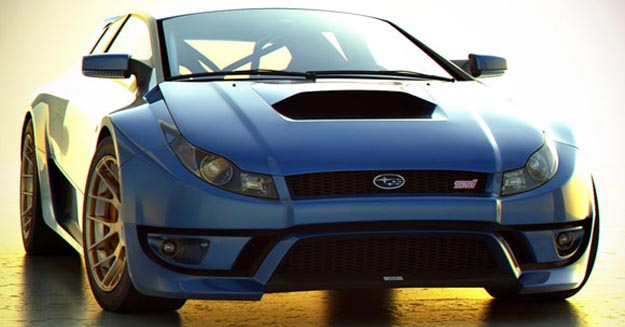 For many years, the Subaru STi and the Mitsubishi EVO have battled one another not only in terms of style, but also in terms of rally race performance. There are some people out there who feel the Subaru WRX has gone soft, so maybe it’s time they brought the car back to its rugged and performance-oriented roots. At least, that’s what designer Lars “GRID” Martensson believes.

The current Subaru Impreza is decidedly more muted and understated than some previous editions of the rally-inspired vehicle, so the design from GRID brings the aggression back to the table. There are plenty of hard lines, an aggressively wide stance, and a mean set of angry headlights.

You’ll also notice that GRID’s take on the next Subaru Impreza WRX STi is a two-door vehicle, something that Subaru hasn’t done with its Impreza for quite a few years. From the back, I almost think that I see a meaner version of the Volvo C30. From the side, the front half is almost as hard-lined as a ’90s era Lambo.

However you decided to describe it, I think that the STi by Martensson is plenty of hotness and it’ll surely come packed with the performance to match. I hope the guys at Fuji Heavy Industries are paying attention. The sporting enthusiast market await your response.