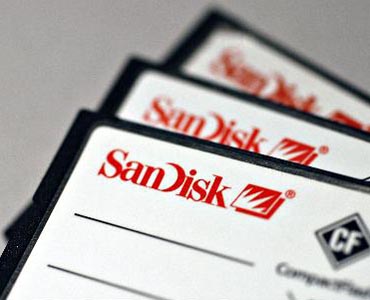 We’ve been following this emotional rollercoaster for quite some time. In the fall of last year, we heard that Samsung wanted to buy SanDisk to snatch up those valuable flash chip patents. SanDisk subsequently said no, only to have Samsung withdraw its offer anyway. Since then, the relationship between the two companies has been nothing short of a soap opera.

Well, at long last, it seems that the two companies have finally mended their ways and they have come to a mutually-beneficial agreement. Well, it’s not really a new relationship as much as a renewal of the old one, because they have renewed their cross-license agreement for semiconductor patent portfolios.

Under the arrangement, which goes into effect on August 14 and runs for seven full years, Samsung will continue to guarantee a supply of flash memory products for SanDisk. Each company still has the rights to use the other company’s patents for just about every cell flash memory application, but not for patents specific to 3D memory.

The “quite intense” negotiations, according to Reuters, has resulted in a halving of the royalty rates paid by Samsung to SanDisk for use of the patents. Currently, $350 million in annual royalties are paid by Samsung.