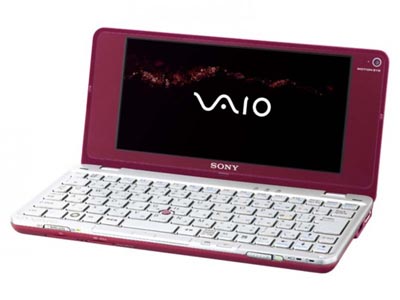 It may cost a fair bit more than some of the MSI Winds and Dell Minis of the world, but the Sony VAIO P “lifestyle PC” is also meant to be a step above the rest of the netbook fold. Well, Sony Japan is stepping up to another level with the announcement of the new Sony Vaio P50. It’s an upgrade with a downgrade for an upgrade.

Confused? The first batch of Sony Vaio P netbooks portable computers came loaded with Windows Vista. The beefier operating system worked, I suppose, but it could have certainly been peppier. To address this, the Vaio P50 actually comes with Windows XP SP3 instead.

This should help a little on the performance front, since XP is lighter weight than Vista. I anticipate that Sony will once again update its Vaio P lineup with Windows 7 when an official release of that OS becomes available.

Prices start at $895 with your choice of green, white, or red. Look for the launch in Japan on June 6.