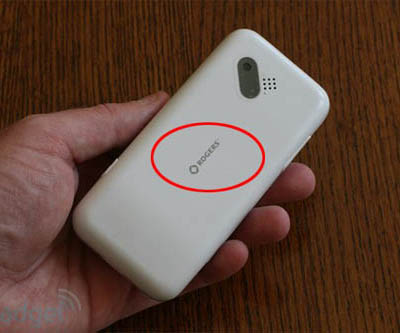 We’re only about a week away from the Canadian arrival of Google Android and it turns out that these Android phones will have a little added bonus. We’ve already heard that the Rogers versions of the HTC Magic and HTC Dream will get loaded with the latest Cupcake update, but they’ll also come with Exchange support too.

We’re not just talking about some sort of third-party solution or some sort of Android app that you’ll need to download. Instead, Rogers is letting you have Microsoft Exchange support right out of the box. This’ll be good for some folks, but it comes at a bit of a price.

As you can see through the image provided, the Rogers version of the Magic and Dream does not have Google branding on the back. Instead, the full “Google Experience” branding is being replaced by Rogers only slab of branding. In doing so, Rogers was able to add Exchange, but a few tidbits had to be removed.

You win some and you lose some, but any kind of official Android love in Canada will be greatly appreciated at this point.