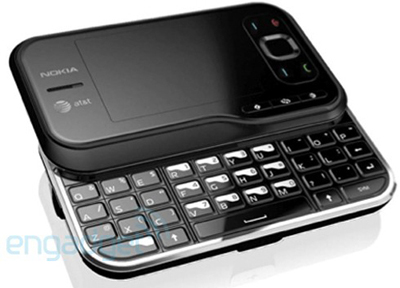 It looks like some slides have been leaked from deep within the trenches of the AT&T head office, because we’re catching our first glimpse at one of the most attractive Nokia handsets to hit the American carrier. Yes, the Nokia Mako might even be more attractive than the E71x.

Take this leak for what it’s worth, but what we seem to see here is the Nokia Mako, a sideways slider phone with a full QWERTY keyboard. Designed to be used largely in landscape mode (even the branding is oriented that way), the Nokia Mako also has that little bump-out portion for three added keys.

This sounds like much more than your standard messaging “dumbphone”, considering the S60 at its base. The slide says that the Nokia Mako was “awarded” in the first half of 2009, but there’s no mention of a specific launch window or price point.