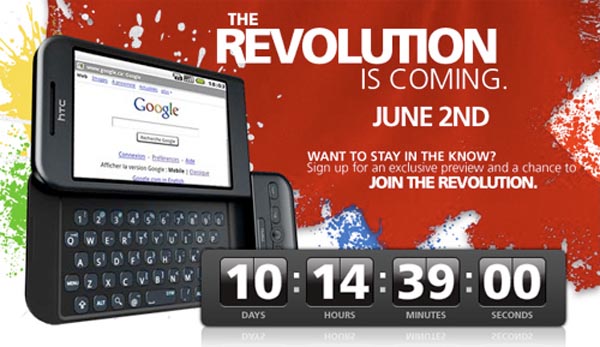 Hey Canada! Are you ready for the Google Android revolution? The smartphone platform has been available in the United States through the T-Mobile G1 since last year, but it’s finally coming to Canada early next month. Not surprisingly, the Android phones aren’t going to be any more expensive than an iPhone.

This really didn’t come out of left field, because I think everyone was anticipating a subsidized price point in this range. Most of the newer smartphones from Rogers Wireless tend to launch in the $200 range with a two-year contract, including the initial pricing for the iPhone 3G, BlackBerry 8900, and so on.

Set to arrive at Rogers on June 2nd, both the HTC Dream (G1) and the HTC Magic will be sold for $199.99 with a qualifying three-year service agreement. Presumably, this contract will lock you into a voice and data plan, just as you would with a BlackBerry or iPhone. At $200 with contract, that represents the standard $400 subsidization that we’ve come to expect.

And let’s not forget about the possible return of the 6GB for $30 data option that may accompany the HTC Android launch at Rogers too.