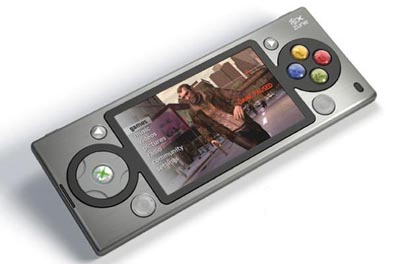 We’ve been hearing all sorts of rumblings about a possible Zune Phone for what seems like an eternity. We’ve also heard a lot about an Xbox Portable. As it turns out, these two may be one and the same.

Supposedly, sources inside Microsoft have revealed that they are working on a new device that will slot “somewhere in-between the Xbox and Zune platforms.” Codenamed as the xYz during discussions, the device is presumably some sort of handheld.

Team Xbox is “pretty sure” that it’s not a phone, but I think the integrated Zune Phone is still a very real possibility. This would make for a potentially great competitor against the iPhone, which is used as a music/video player, a portable gaming console, and a cell phone. If they combine Zune, Xbox, and a mobile phone, the guys in Redmond could effectively have the same thing.

Based on the leaked specs, we’re expecting that the so-called Microsoft xYz will come with a WVGA touchscreen, Live Anywhere (to unite the digital storefronts of Xbox, Zune, and xYz), and “a series of new hardware features not currently seen on the market.” Whatever that means.

Is the xYz the reason why we should “hold off on buying an iPhone/Pre“? Maybe.