To put it nicely, the BlackBerry Storm was met with some rather mixed reviews when it first hit the market. It was a bold move for Research in Motion, no pun intended, to enter the touchscreen arena currently dominated by the iPhone. It seems that RIM isn’t going to give up on the touchscreen things just yet, since we could already be looking at the all-new BlackBerry Storm 2.

From what I can gather, the team in Waterloo, Ontario has listened to the feedback from the community and they have made some rather drastic changes for the new BlackBerry Storm. The biggest difference is that they seem to have abandoned the SurePress “clicking” touchscreen, opting instead for a more conventional capacitive touchscreen interface. At least, that’s what I hear.

Based on this leaked picture acquired by CrackBerry, the hardware also appears to be slightly streamlined, though it has the same four hard keys along the bottom of the device. Based on this picture, the Storm 2 (which has yet to receive a model number) will not have the once-rumored slide-out QWERTY keyboard.

I’d tell you to visit CrackBerry.com for more leaked pictures, but Research in Motion has already gotten to them, forcing them to remove the leaked photos from their site. Shame. 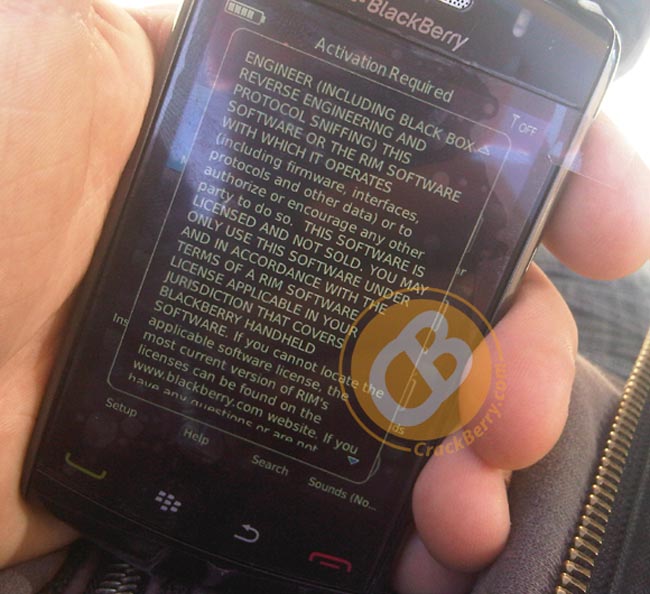