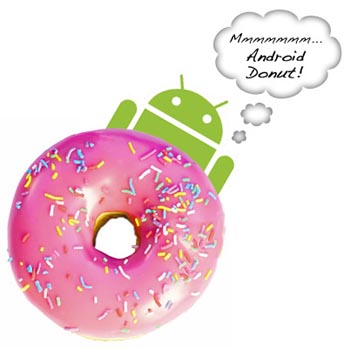 It seems that the Android development team at Google has sugary baked goods on the brain, because they’re not stopping with Android 1.5 Cupcake. The next update that they’re cooking up is coming from the bakery as well, because Android 2.0 is being referred to as Donut. No kidding.

I know of a certain safety inspector at the Springfield Power Plant that would drool at this possibility, only to be disappointed when he discovers that the so-called Donut is nothing more than lines of code. Mmmm… delicious code…

Android 1.5 Cupcake is currently making its way onto Android handsets in the United States, so I guess it’s only fair to consider what is going to be its successor. These things take time. Very little is known about Android 2.0 Donut, but the team is apparently talking about a release schedule, among other things.

From a cupcake to a donut. I wonder what the next in the Android line of releases will bring? Macaroons? Brownies? Macadamia and white chocolate cookies? How about a five-minute chocolate cake?