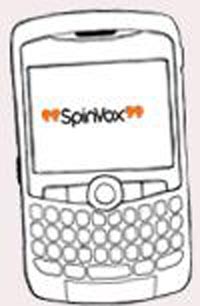 For a while there, the iPhone was the only one with the revolutionary visual voicemail feature, but this has now expanded onto a number of other handsets. It’s still largely regarded as an exclusive or premium feature, but Telus is looking to change that with the standard inclusion of visual voicemail.

It won’t be included in every plan, but Telus is pushing the SpinVox solution as a standard feature for their $25 rate plan and the $45 Smartphone Package plan. Telus has been offering SpinVox visual voicemail since some time last year, but now it’s a standard thing on those plans.

With the SpinVox solution, you get your voice messages automatically converted into a text message. This way, you don’t have to dial into your mailbox and try to decipher the cryptic message left by your co-worker or ex-girlfriend. This can come in very handy, especially when you’re in a situation where dialing and listening may not be all that appropriate.

To my knowledge, most other carriers don’t really charge extra for this kind of service, assuming that you already subscribe to some sort of plan that includes regular voicemail and some text messaging. The iPhone just isn’t the same without Visual Voicemail, after all.