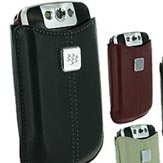 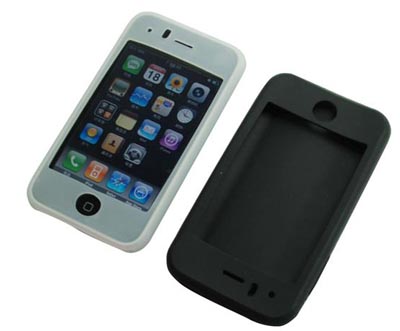 I think I’ve made it a point to have a protective case for all my portable electronic devices ever since I picked up my first cell phone over ten years ago. There’s just something about not wanting to damage this prized possession and I think it has to do with my inherent ability to drop things randomly. Needless to say, my phones have experienced more than their fair share of damage but, thanks to these cases, they all remained functional after their unfortunate mishaps.

After acquiring my new unlocked Nokia E71, I once again found myself in the market for a new protective case. It used to be that when you bought a phone, you could get some cheap protective holster or something from the retailer tossed in for free. This is still true in some places, but a lot of people don’t bother. Thankfully, finding a cheap case on eBay is very easy. For most phones, you can find something from Hong Kong for well under ten bucks. Including shipping.

But what kind of case is best? That’s debatable, but here are your primary options.

Affectionately known as phone condoms in some circles, silicone skins for cell phones and other similar electronics are very flexible and able to stretch around your device quite easily. This added flexibility also means that it’s unlikely the case will scratch your phone during the process of installation.

Most of these kinds of silicone skins come as a single piece with a large opening somewhere where you can slide in your phone. There are alternatives, like the Griffin FlexScreen that add on a clear plastic piece on the front, but these are the exception rather than the rule.

The rubbery feel of these skins give you a good deal of grip, so your phone is less likely to slide out of your hand. However, these cases can attract dust and some people may not like their overall appearance.

For people who still want the plastic or metal feel of a phone, the plastic hard cases are usually their best bet. Available in both opaque and crystal clear variants, hard cases snap into place and provide all around protection for your phone.

Depending on the manufacturer, you may have some issues with fit and finish. As such, the hard plastic edges could cause some unsightly scratches when you try to fit your phone in there. Furthermore, if the mold is just a little bit off, your phone may not fit at all.

Because they are made of plastic, it’s also quite possible that these cases can crack. Then again, it’s better if the case cracks than if your phone cracks.

Partly because of the rising popularity in the iPhone, Zagg has come to the forefront with its Invisible Shield product. Also available for the MacBook and a myriad of other devices, these are specially-cut pieces of clear plastic that act as a protective film over your phone. In effect, you get the same thing as those clear screen protectors, except it goes over the entirety of your phone.

The main advantage, assuming you do a good job with the installation, is that it will look like you don’t have a protective case at all, proudly showing off that Apple logo on the back for example. The Invisible Shield also has a slightly rubber-like feel to it, giving you slightly better grip as well.

Because of the incredibly thin nature of the Invisible Shield clear skin, however, you probably shouldn’t expect much in terms of drop protection. The pieces will still fall apart if they would have without the skin. You will stay protected from random scuffs and scratches though.

Some people say that this approach is only appropriate for the females in the audience, but it became a necessity for anyone with a larger phone. When I was still rocking the HTC Wizard (T-Mobile MDA), I made a fair bit of use out of the holster-style leather case, because the phone just wasn’t all that comfortable in my pocket. With the slimmer and smaller E71, this isn’t as much of an issue.

If the phone is going to be bouncing around in your backpack or purse, a thicker holster or clip style case is really the best way to go. Random collisions with your keys and other contents could wreak havoc through the best of silicone skins and plastic hard cases.

Some people may also like the quick-draw approach of a belt clip. That said, leather pouches and holsters add, by far, the most bulk to any phone and, for the most part, they feel like they belong in the 90s. You’re not hip if you carry your phone on your hip.

In the end, I think the vast majority of people eschew any sort of protective case altogether for their phones. The assumption is that they’re going to upgrade their handset each time their two- or three-year contract is up for a renewal, so the old phone can take a fair bit of a beating over the course of those 24 or 36 months.

Personally, I don’t think I can take this approach, because I don’t want my phones smashed to smithereens. Remember when I said that I tend to drop things?