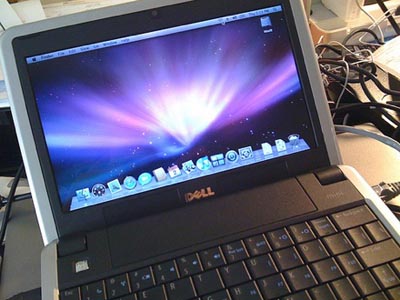 A lot of people are getting excited over the possible prospects of an Apple-branded netbook being launched later this year, but it seems like not all MacBooks come out of Cupertino.

You may already be familiar with Psystar, a company that specializes in creating Hackintoshes out of box. Even though Psystar is still in the middle of a heated legal battle with Apple, it seems that the Mac-esque manufacturer is working on a netbook of its own. And this netbook will be powered by Mac OS X.

This isn’t the first time that we would have seen a Mac OS X netbook, since so many enthusiasts have created Hackintoshes out of other netbooks like the Samsung NC10 and Dell Mini 9, but this would be the first time we’d see a “Mac” netbook right out of the box.

A representative from Psystar has confirmed that the small company has a small mobile Mac computer in development, even though it’s not officially part of their official timeline. I’d take this “leak” with a grain of salt, but I wouldn’t put it past Psystar to do something like this.