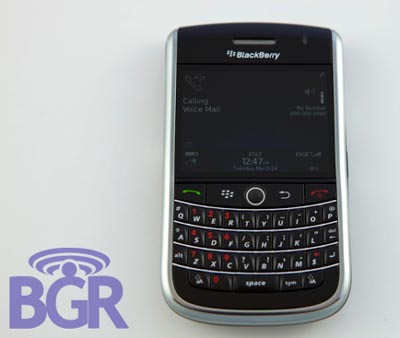 With Research in MOtion holding its press conference earlier this week, we thought that they were going to go through the paces of an official unveiling of the BlackBerry Tour 9630, a smartphone that we had previously known as the BlackBerry Niagara. We expected more launch information to be come available, but that didn’t really happen. It’s not confirmed, but it seems that info is coming no.

We’ve heard a few different dates tossed around for the new BlackBerry 9630 Tour, but the latest leaks are pointing toward a launch during the week of July 13th. As expected, the initial release will be through Verizon Wireless in the United States, though the device will likely trickle its way through other CDMA carriers as time goes on.

The tipster is reasonably confident that Verizon will start selling the BlackBerry Tour on Monday, July 13th, though it’s very possible that the release could be pushed to the Wednesday or Friday of that week. Either way, this still puts us about two months out and possibly after the announcement of a new iPhone. Not sure if that’s a good thing for Verizon or RIM.

I have a feeling that my buddy in Lake County, California is going to have a mixed reaction to this news. He really wanted to get him some Niagara/Tour action, but he got tired of waiting and nabbed the old Curve 8330 instead. You’ve still got time to return and wait, Dylan!