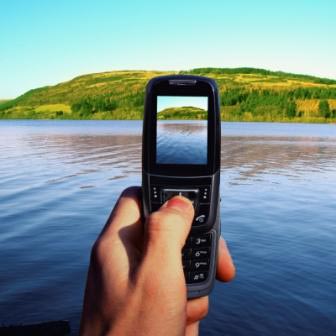 You’ve probably heard me say this before, but it’s always worth reiterating. Cell phones are for so much more than just regular old voice calls anymore, so it’s important that you consider all the other things that your handset can do. Smartphones take this to a new level, but even “dumb” phones can do a lot more than receive calls from grandma.

Listed below are five cell phone tips that you may want to consider. None of them will cost you any additional fees, assuming you have the right service plan to get started. There is no paid software that you’ll need to install either. Free is always the best price.

1. Use the Camera for More than Photos

Just about every mobile phone these days has a camera, even if some are stuck with sub-megapixel shooters. The initial reaction to such cameras is to use them when you don’t happen to have a regular digital camera handy. You know that the quality won’t be quite as good, but you also know that a cell phone camera is just more convenient.

More likely than not, the camera will be used for casual snapshots and spur-of-the-moment pictures, capturing some digital memories that you can later share with friends and family. But you can do more than just take pics of your drunken friends.

For example, you can use the camera to snap a photo of your rental car and your parking spot. This way, when you come back, you can have an easier time finding that generic Hyundai Accent in a sea of subcompacts. Similarly, the phone camera can be used to snap course notes in school, product prices in stores, and random plumbing parts that you need replaced. It’s much easier showing a picture to the guy at the hardware store, rather than describing the “doo-hickey” that goes around the “whatchamacallit.”

2. Sharing Pictures Instantly with Everyone

Continuing with the concept of picture-taking, what if you actually want to share those photos with your friends? Most people would think about doing this using mobile email (with an attachment) or with MMS, but it’s much more powerful to share these pictures through social networking and social media services.

Unfortunately, it can be quite a pain to upload individual pictures to individual services. You don’t want to bother logging into your Flickr, Twitter, Facebook, MySpace, and other accounts one at a time, right? Assuming you have a suitable data plan, one of the cooler services on the net is PixelPipe.

They have a client for the desktop too, but it’s the mobile one that you want. Take a single picture and with a single interface, you can share that picture with a huge number of social networks. Pixelpipe will upload your photo to everything from Picasa to Blogger, Ovi to Hi5. Very cool.

Don’t have a data plan but you need a snippet of information right now? While it would be better to use a full Google search on your cell phone, the popular search engine also has a free SMS service that give you almost anything you’d need. Google doesn’t charge anything for this service, but you’ll want to make sure that you have a suitable texting plan with your chosen carrier.

Using Google Mobile SMS Search, you simply send a text message to 466453 (“GOOGLE” on most phones) with your search query. In a few moments, Google will reply with what it feels is the best response. This includes looking for local sushi restaurants, getting weather reports, and receiving stock quotes.

4. Never Sync Through a Computer Again

When I still had a Windows Mobile smartphone, I would synchronize my contacts and calendar using ActiveSync. I’d physically connect my phone to my computer so the information could be pushed to my laptop’s ThunderBird installation. That’s the old way of doing this.

If you’re doing the BES thing with a BlackBerry, this isn’t really for you. For everyone else with a suitable smartphone, like my new Nokia E71, it’s much more convenient to do an over-the-air synchronization with Google Sync.

All of your Gmail contacts and your Google Calendar entries can be synchronized with the equivalent things on your cell phone. They’ve got service set up for the iPhone, BlackBerry, and other phones. Symbian S60 phones can only do Gmail Contacts for now, but I was lucky enough to get CalSyncS60 (free) to handle the Calendar side.

CalSyncS60 is now known as GoogaSync and it’s a paid app. If you want to stick with free, you can try GCalSync instead.

Just about every cell phone gives you some way to keep notes. Some platforms are more robust than others, but you can do a favor for nature by not writing your shopping list on a physical piece of paper. Instead, take a digital note on your phone. If you prefer, you can alternatively send a text message to yourself with simple reminders or shopping lists.

Even if you don’t have the fanciest of phones, you can always find creative ways to use what you do have for more than simple voice calls. A phone is more than just a phone.