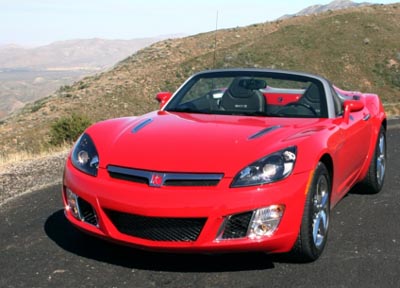 By now, you’ve probablyheard the developing story about how Fiat is in the process of purchasing a major stake in Chrysler. Well, Fiat isn’t the only European automaker looking to snatch up an American car brand. There’s word that Renault is “actively pursuing” the acquisition of the Saturn brand from GM.

From what I can remember, General Motors said that it was going to seriously restructure itself, getting rid of some brands while focusing much more attention on other core brands. The Saturn nameplate was said to be on the chopping block.

The Wall Street Journal is reporting that Renault is one of “several” automakers who are showing interest in buying Saturn from GM. This isn’t the first time that Renault has made such an attempt, having tried to forge relationships with both GM and Chrysler in the past.

Should this deal come to pass, Renault would be able to add Saturn to its growing stable of car brands, which already includes Nissan in Japan and Samsung in South Korea. Yes, there are Samsung cars (though most are rebadged Nissans).

Initially, Renault-sourced Saturn vehicles would be produced outside of the United States, though American plants could be used if the demand warrants it. There’s already a Saturn plant in Spring Hill, which is just a short drive away from Nissan’s headquarters in Nashville.