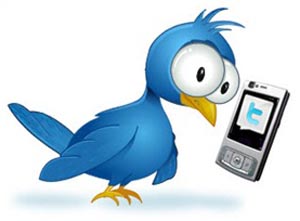 I don’t think anyone could have predicted the explosive growth of Twitter, including the developers of the microblogging platform. When they allowed for SMS updates in Canada, the wireless carriers didn’t think that it was going to be a very big deal. Then it grew and it no longer became cost-effective for Twitter to continue offering this service. Well, it’s back.

Following in the footsteps of Bell Mobility, both Rogers Wireless and Fido have jumped back on the Twitter bandwagon will full support for SMS updates. This is not only for updates you send to the 21212 SMS shortcode from your cell phone, but also for the updates that you receive in the form of text messages.

You will not get charged any additional fees, assuming that you are on some kind of messaging plan with Rogers or Fido. The outgoing messages sent to 21212 will be billed as if they were regular text messages to a regular Canadian mobile number. The received updates, as with all received SMS messages with Rogers/Fido, will be included in the plan as well.

If you’re rocking a smartphone with a data plan (like the Nokia E71), this news isn’t a very big deal since you can use a mobile Twitter client instead. If you’re rocking a regular phone without data, though, the return of Twitter SMS to Rogers and Fido is huge. Let’s keep our fingers crossed for the minimization of fail whale sightings, ‘kay?