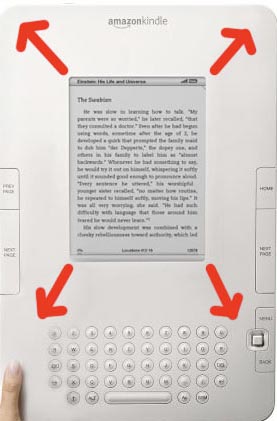 The first Amazon Kindle introduced the e-book idea to the masses and the Kindle 2 brought a lot of great aesthetic and usability upgrades. Well, we may be in store for yet another new Amazon Kindle and the announcement could be coming as soon as this Wednesday.

We initially wanted to chalk this up to rumor and speculation, but it seems that this is almost an absolute certainty. Over the weekend, the New York Times let out a bit of a “murmur” over the possibility, but a press release and “99% confirmation” came this morning about an all-new Kindle.

The core functionality will be much the same, of course, but the new Amazon Kindle will feature a larger, wider display. This bigger screen is supposed to make it easier for you to handle newspaper and magazine subscriptions, giving you more real estate for that news and gossip. The Kindle itself may also be bigger.

Will the latest incarnation introduce any further features like the possibility of a color display, Bluetooth connectivity, or a slightly less scary robot voice for text-to-speech? All these question, as far as we can tell, will be answered this Wednesday.