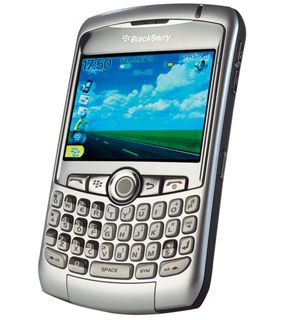 Based on the sales figures released for the first quarter of this year, the Apple iPhone is no longer the most popular smartphone in the United States. Instead, it’s a BlackBerry, but it’s not the one that you’d probably expect. It’s not the new hotness; it’s an older standby that’s offered by plenty of carriers.

The sales figures are in for Q1 2009 and sitting at the top of the heap for US smartphone sales is the BlackBerry Curve 83xx-series. This includes the basic 8300, the GPS-touting 8310, the Wi-Fi equipped 8320, and the CDMA-friendly 8330. These all have fundamentally the same outward appearance, but they have slightly different specs inside.

You would think that if a Research in Motion handset were to oust the iPhone from the top spot that it would be one of the newer smartphones. However, at this time, the BlackBerry Bold is only being sold by AT&T and the Curve 8900 is only being sold by T-Mobile. By contrast, nearly every carrier has a Curve 83xx series in its lineup. That probably helps quite a bit.

Sliding to second place was the iPhone. Apple (and Palm) saw its smartphone share drop by 10 percent during Q1, whereas RIM’s share increased by nearly 50 percent. The BlackBerry Storm swept through into the third slot. The BlackBerry Pearl series (not including the flip variant) and the T-Mobile G1 round out the top five.

All in all, smartphones accounted for 23% of all handset sales in the United States.