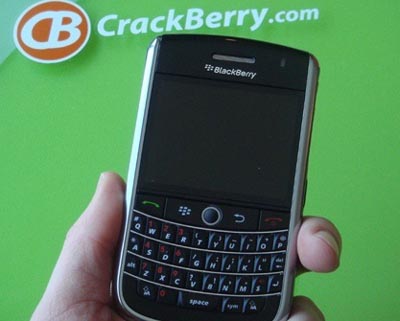 We’ve been following the saga of this new Research in Motion phone ever since the possibility of the Bold/Javelin hybrid for the CDMA crew popped up on the scene. It started out with rumors and a couple of spy shots, but now it seems that we have finally nailed them down to a pretty specific date.

After a whole lot of waiting around and personal conjecture, it seems that the new BlackBerry Tour will be launching with Verizon Wireless next week. You may have previously known about this QWERTY-packing smartphone by its Niagara codename.

Well, I shouldn’t really say that the phone will be launching next week. It’s more like it will be officially announced next week at the Wireless Enterprise Symposium in Orlando. From what we hear, the 3G smartphone will start shipping to Verizon customers within the month.

But wait. There’s more. Not only is the BlackBerry Tour going to be making its debut with Verizon Wireless this month, but it seems that VZW will be getting something called the BlackBerry Apex as well. From what we can gather, this will be Verizon’s take on the BlackBerry Pearl Flip.