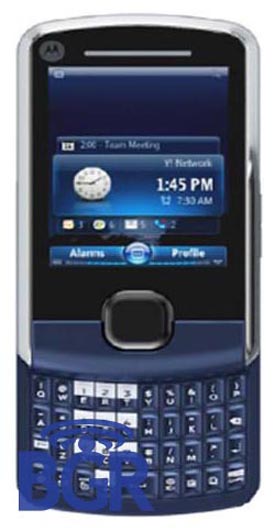 It’s unclear whether IRONMAN will be the final product name or if it’s just a codename, but what we see here is a yet unreleased smartphone from Motorola with a slide-out QWERTY keyboard. This design style is not unlike the existing Motorola Hint, but the kicker is that the Ironman is reportedly getting powered by Google Android.

We can’t say for sure, but it also appears to have some touch-sensitive controls along the top, allowing you to navigate through menus and such without using the keyboard. Speculated features include WiFi, 3G, some sort of camera, and a “powerful” processor.

Motorola’s been suffering through some tough times lately, so the possible pending release of two Android phones could help them (and help Android). The question, of course, is whether Robert Downey, Jr. would approve. Get it? Iron Man? Android… like a metal robot suit? Eh? Eh?