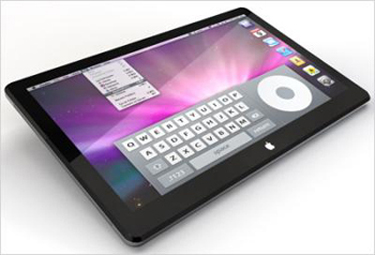 I’ll have to take this rumor with a bit of hesitation for now, but it’s well within the realm of possibility that a new Apple Tablet PC and a new iPhone could be heading over to Verizon Wireless.

As far as I recall, it was rumored that Verizon was in the running to get the original iPhone in the first place, but the wireless carrier did not want to buckle to Apple’s demands for revenue sharing. The iPhone, as you know, went on over to AT&T where it enjoyed some monumental success. Well, it seems that Verizon wants to make friends with Cupertino again.

BusinessWeek is reporting that Verizon and Apple are back in negotiations and the fruits of this discussion could be very juicy. First, the rumored iPhone lite may not be heading to AT&T, instead sending the smaller, cheaper version of the iPhone over to Verizon. A $99 iPhone Lite (iPhone Nano?) is a very real possibility.

Second, Verizon is apparently haggling over an Apple full-touchscreen tablet device. This could be Apple’s official foray into the netbook market, producing an extra large iPod touch that could take advantage of an LTE high-speed network. With operator subsidies, this could prove to be a real winner for both Verizon and Apple.

I’m not going to hold my breath over this, but they’re saying that both the iPhone Lite and an Apple Tablet PC could be hitting Verizon as early as this summer.