Before you start freaking out over viruses and Trojan horses, you can rest assured that this news has nothing to do with infecting your prized touchscreen cell phone. Instead, it’s all about obliterating some invertebrates with the touch of a finger.

One of the most popular video game franchises of all-time has to be Worms from Team17. There’s just something richly rewarding about taking a team of worms, equipping them with mortars and cannons, and letting them blast each other to smithereens for your fun and enjoyment. That adventure will now be taken to the realm of the iPhone.

All of those exploding sheep, raining napalm, and possibly even the Street Fighter-inspired hadouken can be found on Apple’s popular handheld. Here is a leaked shot of the game in action and we believe it could be the latest version, dubbed A Space Oddity.

Very little is known at this time, but there is a distinct possibility that the launch of iPhone Worms will coincide with the official launch of the iPhone 3.0 OS, since that update brings the possibility of multiplayer gaming. Worms is just so much friend with your fellow invertebrate friends. 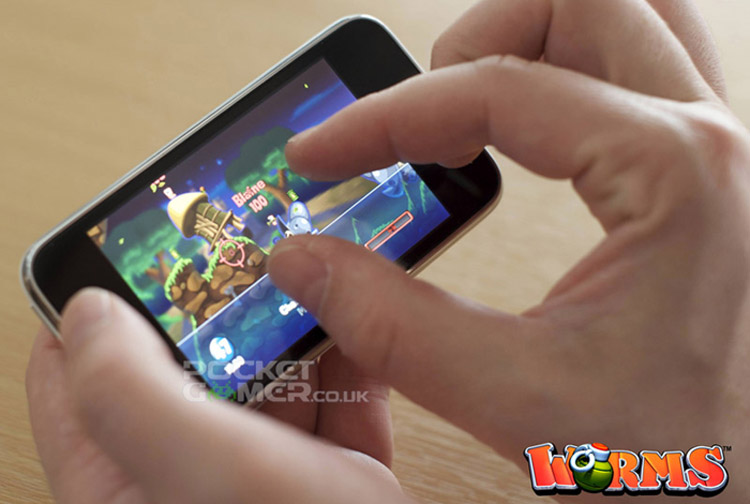