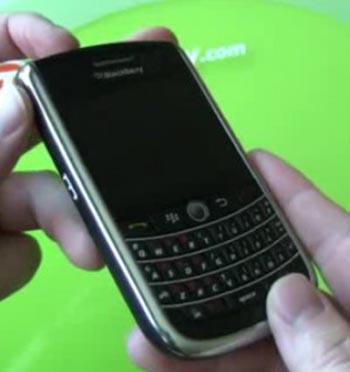 On the GSM side of things, we’ve been able to enjoy the BlackBerry Bold 9000 and BlackBerry Javelin (Curve 8900) for several months now, but the CDMA side hasn’t received a new Curve for some time. We know it’s coming, but it seems that it’s getting a name change too.

Bound for Verizon this summer (and probably Bell and Telus in Canada too), the BlackBerry 9630 is apparently now known as the BlackBerry Tour. It’s very well possible that the switch to the “Tour” name is to follow with RIM’s growing relationship with U2. I wouldn’t be at all surprised to see a Product (RED) version of the Tour.

Remember that when we first saw the BlackBerry Pearl Flip, we all knew it as the Kickstart. Codenames come and go, so the dropping of Niagara isn’t terribly surprising. Heck, we’re not really supposed to refer to the Curve 8900 as the Javelin either, but we still do that.