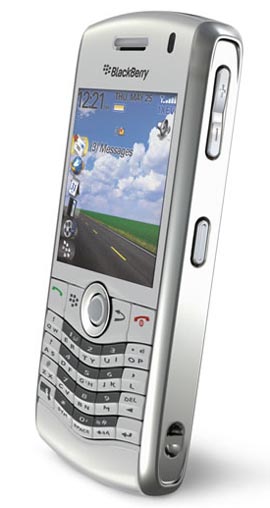 With the way that the economy is going these days, it’s understandable that many companies are getting pretty strapped for cash. Some stores are selling their products for a loss just so that they can have some liquidity. I can’t speak for their specific motivation, but it seems that T-Mobile UK is taking on a strategy that results in more cash in hand sooner.

We already know about standard monthly postpaid plans. We already know about pay-as-you-go options. T-Mobile UK is innovating with the announcement of a “Pay Once” plan for the BlackBerry. Instead of paying a monthly bill along the way, you have the opportunity to foot a slightly larger bill upfront and be covered for an entire year.

In this way, it’s not really a “Pay Once” plan as much as it is a “Pay Once (a Year)” plan. T-Mobile UK’s “Pay Once” system gets you to fork over 180GBP (about $262) up front and you receive a brand new BlackBerry Pearl 8110. Included in that price is one year’s worth of unlimited email and mobile web access. This works out in your favor financially, but it means you have a bigger up front cost.

Also, this “Pay Once” plan for the BlackBerry only includes the email and web. You’re still on the hook for voice minutes, text messaging, and other related features. Those are tacked on using the traditional prepaid method.

It’s also unfortunate that this is only being offered with the Pearl 8110 for now, but a spokesperson said the promotion may be extended to other Berries based on the success of this initial offering.