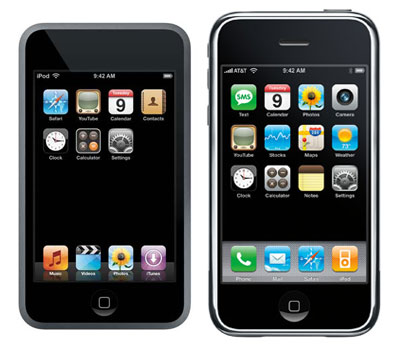 I’ve always told myself that if I were to spend the money on buying an iPod touch that I would much rather spend a touch more to get the iPhone. Given the relatively minor price difference (especially when you consider carrier subsidies) and the increased cell phone utility of the iPhone, it seemed like an obvious choice.

For the first quarter of 2009, Apple said that the total user base of multi-touch users grew to 37 million, representing 7 million additions to the fold. It was also announced that 3.79 million iPhones were shipped during the quarter, leading us to believe that 3.21 million iPod touch units were also shipped (to make up the 7 million total). That’s much closer to a 1:1 ratio.

This represents an approximate doubling of iPod touch sales and it seems that a big part of this push has to do with the expansion of the App Store. The iPod touch is being marketed as a viable mobile gaming platform, competing directly against the PSP and Nintendo DS Lite, as well as the recently released DSi. You’ve seen the marketing efforts from Cupertino that reflect this gaming approach. The iPod touch is the “funnest” iPod ever.

The iPhone is still doing quite well as the multimedia all-in-one smartphone, but the iPod touch is apparently carving out its own niche as well… even if the relative difference between the two devices has remained largely unchanged.