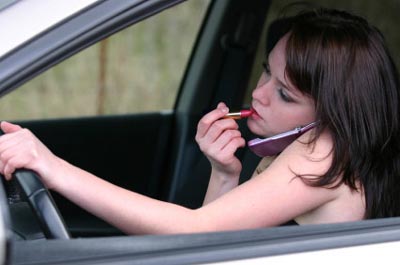 Following in the footsteps of California and other jurisdictions, the government in Ontario have passed a bill that effectively bans the use of mobile phones in the Canadian province. You’ll still be able to yak it up on the subway or while sitting in the office, of course, but Bill 118 prevents the use of handheld communication devices while driving.

As far as I can recall, studies have shown that cell phone use accounts for about the same number of auto accidents as drugs or alcohol. When you are gossiping on the phone with a buddy, you have at least one hand off of the wheel and your attention is being distracted away from the road.

What I find strange is that so many of these bills only ban the use of handheld electronics. This means that you can still use your mobile phone while driving, so long as you use a handsfree device like a Bluetooth headset. You’re still distracted from the task at hand and you could still get into an accident as a result. Bill 118 is a step toward greater safety on the roads, but some people may ask if it goes far enough.

In addition to regular cell phones and smartphones, Bill 118 also applies to all kinds of hand-held communication and entertainment devices. Based on this wording, it would also mean that you can’t fumble through your iPod playlist while behind the wheel either. If you have an iPod integration kit and you adjust the tunes through your car stereo, that does appear to be okay. Loophole much?