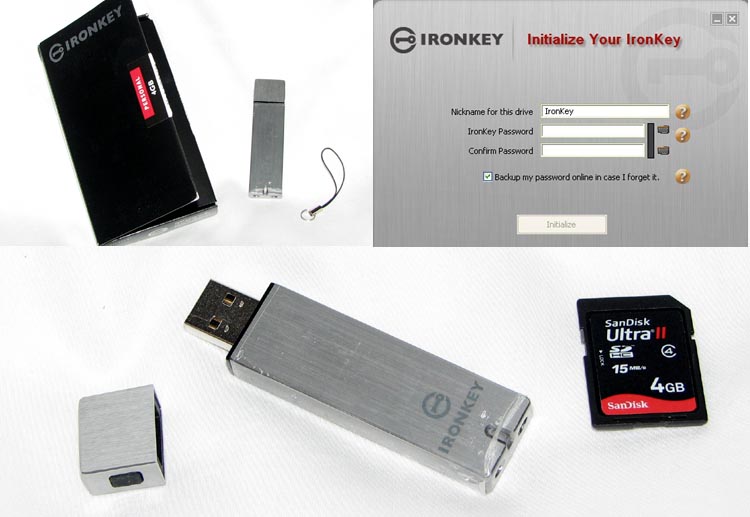 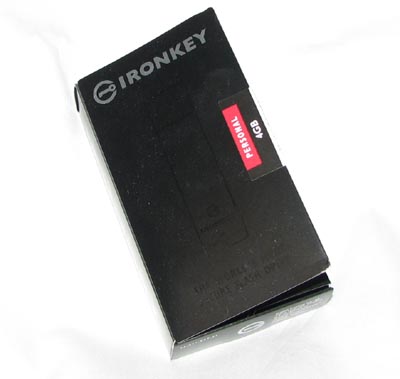 To some people, all USB flash drives are built alike. These little sticks of memory are meant to be as convenient as possible, stashing tons of files onto a device that’s barely bigger than a stick of gum. This is not the market being targeted by the IronKey.

Instead, this decidedly high-end flash drive is being marketed at people who value the security of their data. A lot. The level of security offered by the IronKey may sound like a bit much for the average consumer, but its value can really be realized in the government or military setting. Or with corporate espionage.

I was provided with the 4GB IronKey Personal flash drive for the purposes of this review. It sits in the middle of IronKey’s range, fitting neatly between the IronKey Basic and the even higher-end Ironkey Enterprise. Throughout this range, you will be offered unparalleled security for your files.

Designed and manufactured in the United States, the IronKey Personal 4GB USB flash drive doesn’t come in the flashiest of packaging. Unlike so many other drives that come in that horrible plastic blister-packing, the Ironkey comes wrapped in a plain black box. Just because you want your data to be secure doesn’t mean that you can’t pay attention to the environment. This box is much more easily recycled, I’d imagine, than an equivalent plastic package.

The included materials are also kept to a very bare minimum. Aside from the IronKey drive itself, you get a short instructional booklet and a small lanyard for connecting to your keychain. Nothing too out of the ordinary here, because the value of the package is found inside the IronKey, hidden away behind that super solid metal construction.

The all-metal body of the IronKey makes it one of the strongest USB flash drives on the market. According to the product information, this seamless shell will protect the drive against water damage, dust damage, and even getting run over by a car. I’ll take their word for it. You can tell that this is meant to be James Bond material.

The internal components are also wrapped in a thin film shielding. This is meant to protect your data against power attacks, including that of an electron microscope. These guys really mean business. If the IronKey detects physical tampering, it will also eliminate the data found within.

The hardware-based encryption is there it keep your data as safe as possible as well. This is military-grade encryption. The included Cryptochip means that your data remains protected, even if you are using a computer of questionable origins. In order to access any of the documents stored on the drive, you need to enter the correct password. After ten failed attempts, the drive will automatically destroy the data found within. The device becomes permanently disabled.

In addition to the data security, the IronKey Personal is also equipped with a series of features that protect you during your web browsing session. It has a password manager, anonymous browsing, and the ability to store your credit card information securely. Upon leaving a computer, you leave no footprint whatsoever.

A Paperweight Without Activation

The first time that you plug the IronKey Personal into an available USB port on your computer, you will be prompted to go through the setup and activation process. Without doing this, the flash drive will only appear as a read-only CD-ROM under My Computer. Double-clicking on this opens the administration panel. Without the setup, nothing works. You cannot use the IronKey as a generic drive.

With this setup process, it may seem like you are installing software on your computer to run the IronKey control panel, but this is not the case. Everything runs off the IronKey itself. Remember how I said it leaves zero footprint?

Security Up the Wazoo

Reading some of the security features on the IronKey made me wonder why any average person would need this level of security. Everything boils down to this single password, it seems, so if someone is able to crack it in under 10 attempts, they’re in. Unlike some passwords, though, the IronKey one allows for letters, numbers, special characters, and blank spaces.

But what if you forget your password? The people at IronKey can’t help you, because this would effectively nullify the purpose of the IronKey’s security in the first place. IronKey employees do not have access to this information. During the setup process though, you have the option of getting IronKey to back up your password online. This way, there is a “forgot password” option available, but I almost feel that this defeats the purpose of the IronKey’s security too. How secure is your password if it’s being stored on some server too.

Beyond this, the IronKey Personal will also protect you during web surfing on Mozilla Firefox, including a password manager.

For the average person, the IronKey Personal secure USB flash drive is way over the top. It’s also a lot more expensive, currently going for about $130 on Amazon. That’s a 4GB drive. Regular 4GB drives can be had for ten bucks these days.

Then again, if you truly value the security of your documents, the extra $100 will buy a lot of peace of mind.