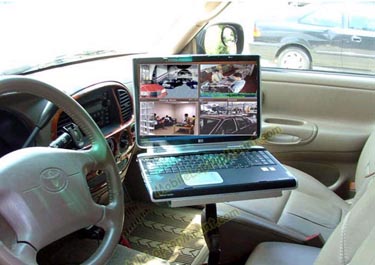 Most of us are aware of the dangers of talking on a cell phone while driving. Most of us know better than to send text messages while behind the wheel. That much is clear. But did you know that technology can get you in trouble even if you’re not using it at the time?

There was a fatal car crash in the Vancouver area last month and Surrey RCMP Sgt. Roger Morrow says that the laptop in the car could be to blame for the woman’s death. It’s not like she was using the notebook at the time either. She didn’t have one of those fancy dashboard mounts so that she could check her email and update her spreadsheets at red lights.

Instead, it appears that she had your laptop in the back seat. It was off, but it was not secured away in a bag or anything like that. The engineer who inspected the vehicle said that this should have been a wholly survivable collision, but it appears that the woman suffered blunt force trauma to the back of her head.

The coroner has surmised that this trauma came by way of the loose laptop in the backseat. The notebook was damaged in the crash and part of that damage may have come from striking Heather Storey, 25, in the back of the head.

Many of us bring our laptops with us on business trips, just like Storey did. If there’s one thing to learn here, it’s that we should ensure that everything in the car is probably secured.