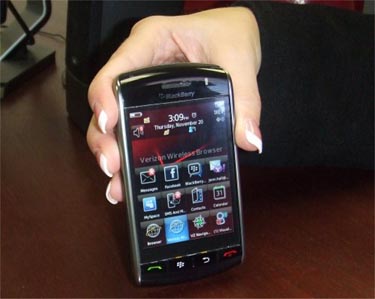 Although I applaud the effort, I think it’s far to say that the BlackBerry Storm leaves a lot to be desired and it’s still got a lot of room to grow. I’m not alone in this sentiment, because many people who have used the Storm have been less than impressed with what it has to offer.

Well, it seems like the people at Research in Motion aren’t very impressed with their own product either. Co-CEO Jim Balsillie went on the record a while ago, describing the “new reality” of making smartphones and how they aren’t able to put in the same level of planning and testing that they may have been able to do before. They need to push out new products even before they’re ready.

So, how does the other RIM CEO feel? Mike Lazaridis more or less echoes the sentiment of Balsillie, saying that the Storm is not without its shortcomings. Basically, he’s telling us to give him a break since the BlackBerry Storm is the company’s first touch device:

I think there’s some truth to the fact that these devices are becoming much more complicated, and of course we do a lot of testing every time before releasing these devices. And I think that it’s unfair. That’s our first touch product, and you know nobody gets it perfect out the door. You know other companies were having problems with their first releases.

Is this a valid excuse? Doesn’t this go against the bulletproof reliability and quality that we’ve come to expect from the BlackBerry brand?