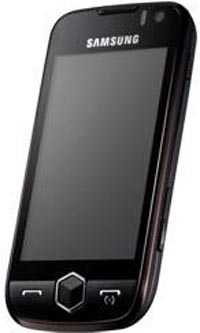 Most of us were reasonably certain that Samsung would be producing an Android phone at some point in the very near future, because the Korean firm is a very active part of the Open Handset Alliance. The rumors pointed toward no fewer than three Android handsets this year, but we’ve only see blurry spy shots and heard conjecture up until this point.

It took a little longer than expected but Samsung has officially confirmed that it will be released three Android phones this year and we’ve got a glimpse at one of the first. This leaked shot and spec sheet comes by way of Euroset of Russia.

According to Russia’s Euroset, ths phone will sell for about 470 Euro, but this is very much unconfirmed and unsubstantiated. We do know, however, that something with Android is coming from Samsung and that’s a good thing.