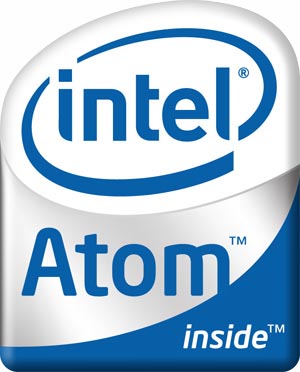 Seeing how nearly every netbook on the market today is using the Intel Atom processor, it’s pretty hard to believe that the little chip from Intel is only celebrating its first anniversary today. That’s right, folks. Today is the first birthday for the Intel Atom microprocessor and Intel is celebrating by introducing two new chips to the line.

Even though it’s only been one year since the first Intel Atom, the line is really making some pretty big strides in recent months. You’ve got the N280 with its faster clock speed and better FSB. You’ve got the Z-series with its lower power consumption. And now we’ve got two more brothers (or sisters) for the Atom family.

The new Intel Atom Z550 clocks in at 2.0GHz, making it one of the fastest processors for netbooks today. It’s speedy, but as the Z-series name indicates, it’s also power-smart. It’s not quite the dual-core CPU we want, but it should provide enough power for slightly higher computing tasks.

The other new introduction is the Intel Atom Z515. This one is catering more to the handheld and MID market, because it has an idle speed of just 800MHz. While that can jump up to 1.2GHz in burst mode, it’s clear that power consumption and battery life are the priorities with this chip.