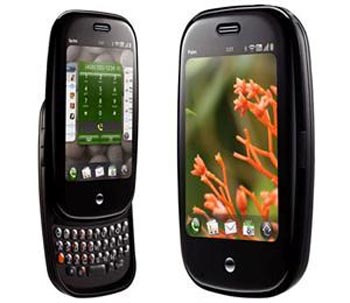 A lot of the time, the name of a product can be just as important as the product itself. Marketing goes a long way in determining the success of just about anything and the world of cell phones is no exception. When the Palm Pre was revealed to the world at the Consumer Electronics Show earlier this year, most people were wowed by what it brought to the table, but they were also scratching their heads over the name. I know I was a part of that group. So, how did they come up with the Palm Pre name in the first place?

I received an email from Mark Skoultchi over the weekend and he provided an explanation of the thought-process that went into why the Palm Pre became the Palm Pre. Mark is the Principal of Catchword, the branding company was hired to come up with the Pre name.

In his email, he writes:

For starters, the name is a short, single syllable, word that pairs very nicely with the Palm company name. And, of course, because it begins with a “P” it’s alliterative. Palm Pre just rolls off the tongue.

The messaging communicated in the name is intentionally broad in order to avoid pigeonholing and the suggestion of a specific *type* of phone (e.g. text phone, music phone, camera phone, etc). General associations with setting a new PREcedent, and the implication of things to come were of course intentional. You get a bit of redefining what it means to be a smartphone. And maybe you get a little speed and efficiency from the name if you’re taken to Prix as in Grand Prix.

Lastly, and this is really important, the name doesn’t try to out “cool” all the other phones in the space. It’s not a “Dare” or a “Decoy” or a “Sway” or a “Juke” or a “Mirage” or whatever. Pre is more understated and allows the phone itself to take center stage. And right it should, it’s an amazing phone. You don’t buy this phone because it sounds cool – you buy this phone because it IS cool!

As with all unique names, it’s going to take some time for us to get used to the name for the Palm Pre. I was quite shocked with Nintendo decided to rename the Nintendo Revolution as the Nintendo Wii. Today, we accept that name quite readily. For the sake of Palm, we hope that the Pre is equally accepted and applauded.

For a more in-depth discussion, check out the Palm Pre case study on catchwordbranding.com.