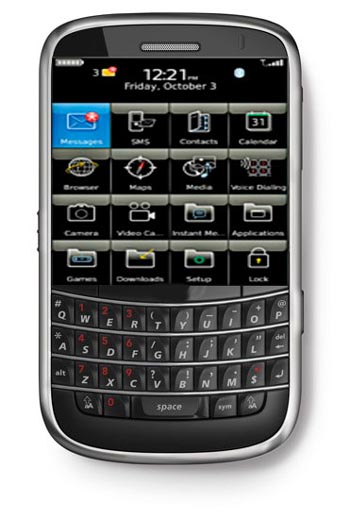 Seeing how the company is still growing and pulling in profits in this economic climate, it’s not at all surprising that Research in Motion wants to continue that growth with a few new handsets. The details are pretty sketchy at this point, but we’ve caught a leak for no fewer than three new BlackBerry devices that should be coming down the chute.

The exact dates have not been revealed, but I think it’s reasonable to assume that these phones are far enough along to be launched some time this year, if not early next year. It’s unfortunate that the leaked documents don’t provide us with any pictures, but the spec sheet is enough to get your mind tinkering about what is possible.

Based on the relative similarity of the three products, it is very well possible that we are effectively looking at just one new BlackBerry smartphone, except with three slightly different variations for different carriers. That said, the Onyx and Magnum are “confirmed” for AT&T, so there’s got to be something different. These are codenames, so expect the final products to boast a BlackBerry 9000-series name.

The BlackBerry Onyx get GSM/GPRS/EDGE/UMTS, GPS, a camera, Wi-Fi (with no UMA support), QWERTY keyboard, and a 480 x 360 resolution screen. The BlackBerry Magnum has identical specs, but based on earlier rumors, this could be the Bold-like smartphone with a Storm-like touchscreen. The BlackBerry Driftwood also gets GSM and UMTS, as well as GPS, a camera, Wi-Fi (with UMA), and a full QWERTY keyboard. Since the Driftwood is the only one with UMA, I’m putting my money on T-Mobile for that one.