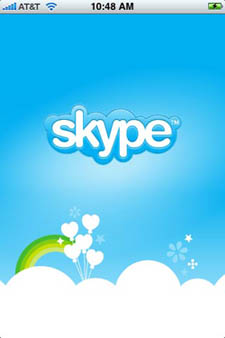 The App Store for the iPhone is pretty popular in general, letting people gain access to such useful applications as Pandora and iFart. However, very few are quite as popular as one of the most recent releases.

The Skype for iPhone app was released just this Tuesday, letting you (officially) do the VoIP thing on your touchscreen cell phone. And it has been downloaded one million times since launch. One million downloads!

If you go ahead and crunch through some of those numbers, you’ll come to realization that this works out to six downloads each and every second (on average). If there was any doubt whether a Skype solution for the iPhone would be popular, that doubt can now be laid to rest.

On the official front, Skype for iPhone will only work over a Wi-Fi connection, but there is a workaround to get Skype over 3G as well. I’d be interested to find out how many of those one million iPhone users took the extra step of gaining 3G Skype calls as well. I’m thinking they’re a sizable minority.