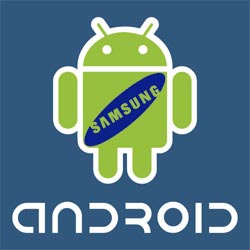 Are you mildly excited about the prospects of Google Android but mildly disappointed by the T-Mobile G1? If you can wait it out a few months, at least a pair of Samsung Android phones will be hitting our shores as confirmed by Samsung itself.

The news of a Samsung-produced smartphone powered by Google Android is nothing new, but it has largely been left up to conjecture and rumor up until this month. We figured they were going to do it and they definitely hinted at the possibility, but nothing was laid out in stone. For now, Samsung is ready to lay some Android out in wet cement. That’s a start.

Over at CTIA, Samsung told Forbes that it will have at least two phones for the United States market, as dictated by the demands of the wireless carriers. As far as we can tell, the two phones will be heading to Sprint and T-Mobile, since those are the two who have joined the Open Handset Alliance.

In terms of features, form factor, and specifications, those are all still way up in the air. Samsung did note that their Android phones will not be pumping out the Google from every orifice, as they’ll be infusing some Samsung flair in there. Should we be anticipating a TouchWiz-skinned Android phone? Less emphasis on Gmail, more on email; less emphasis on Google, more on web search?

The Samsung Android phones are being slated for release overseas in June with the American variants following suit in the second half of this year.