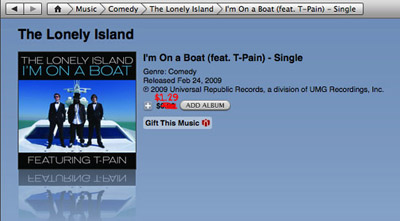 For the longest time, the pricing scheme of the Apple iTunes Music Store was as simple as it could be. You could hop into the catalog and no matter what song you wanted to purchase, it would cost you 99 cents. It’s that magical “just under a dollar” price point that could result in a lot of impulse buys. It also meant that you knew exactly how much anything would cost.

Moving forward, the pricing scheme for iTunes-fueled music is about to get a little more complicated, charging you more for popular music and giving you a discount on lesser-known tunes. The tiered pricing is meant to better mimic the “supply-and-demand economics” of the regular marketplace.

On the lowest end of the scale, you’ll find songs that will sell for 69 cents each. These will likely be smaller independent or new artists that may not otherwise attract mainstream attention. On the highest end of the spectrum are songs that sell for $1.29. These are the most popular artists and will likely include both new releases and popular older tracks.

For example, the LA Times report indicates a $1.29 price point for “Born in the USA,” a song that is by no means a new release. I suppose that tiered pricing makes economic sense, but it takes away from the simplicity of iTunes’ old pricing model.